Today I am coming with another post about a custom funko pop but this will be slightly different.

Yes you’ll have a step by step of how I did it but you’ll also get the backstage story of the idea behind the funko and the journey it went on!

Birth of an idea

I was talking with my Texan friend and blogger Trisy @bobosbookbank when she asked me if I could make her a custom funko pop.

My answer was yes of course! But we needed to have one that was really recognizable. Because a blond guy with blue eyes in a T Shirt ….that would not make easy to recognize a book character.

We narrowed it down to three potential candidates and then chose …Vishous!

He has short dark hair, longer on the front. A goatee. White diamond eyes with a blue ring. A tattoo on his left temple and eye, one upon his groin and of course the distinctive tattoo/star/bullet hole on the chest that all BDB Vampire have. He also has a glove on one hand.

So these were pretty distinctive signs!

That was decided then and he would be shirtless as he is most of the time!

We decided to use Alcide Hevraux’s body from TrueBlood as he was shirtless with lots of muscles and Tony Stark’s head for the hair and expression.

Then it was pretty easy! 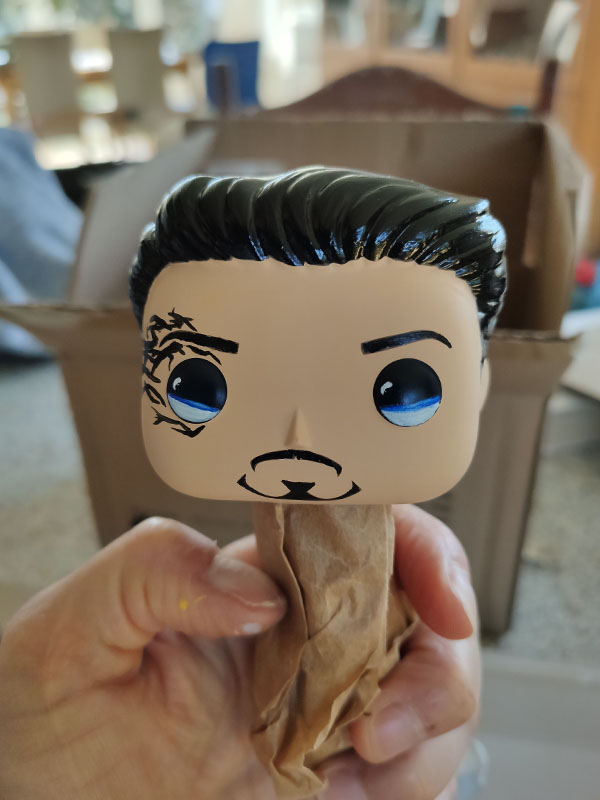 4. The body was tricky as I realized the skin color of the body did not match the one of the head! So I was in for a full body painting with added tattoos, gloves etc. 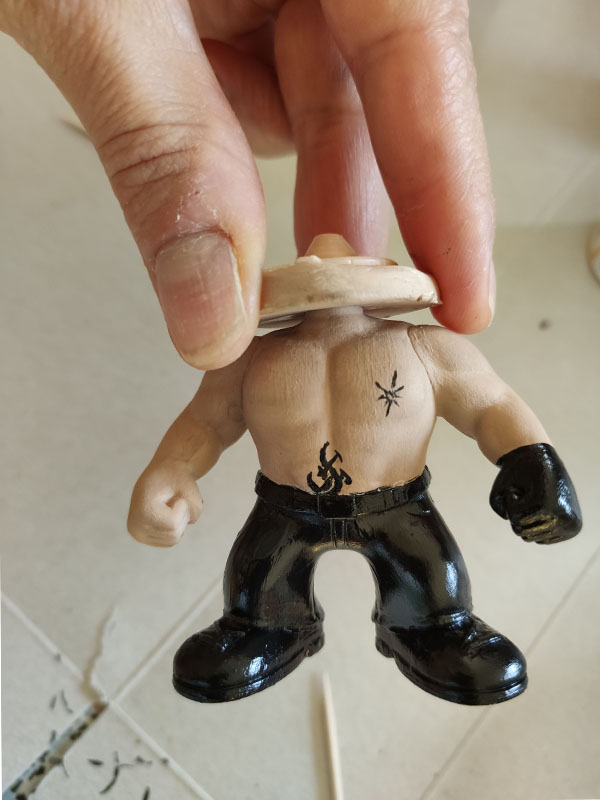 Then of course I glued back everything together and you have it here! 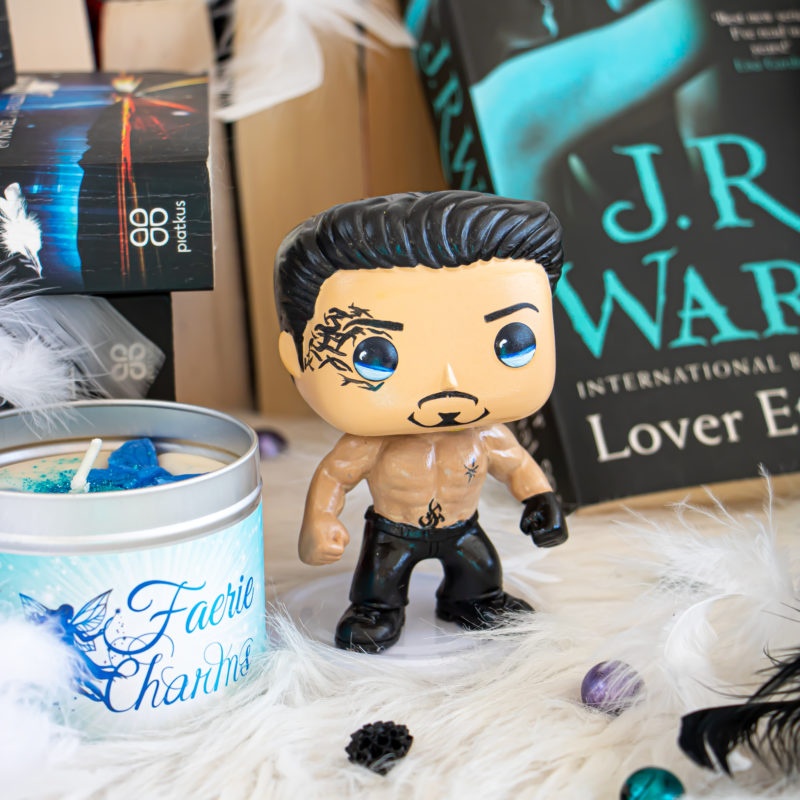 I was happy with the result but we were beginning to be under lockdown! How would I ship it to Texas? Lucky for me, a postman told me that DHL still sent to the US. So we paid DHL express, the only option and sent it with tracking on April 10.

Six weeks later, I got it back home!!! It never left Belgium because Trisy’s phone number was not mentioned

Six weeks where we had lost it only to have it back where it started!

We waited and waited some more.

I was told the mail was open again towards USA and I went back to the post office, didn’t ask for express this time (it was no help the first time) and would you believe that less than three weeks later, it found its new home in Texas?!

My mailman told me I was relly lucky as it’s been incredibly fast!

I guess fate had to make it up for us!

Trisy has already posted her post and you can find it HERE with Vishous on her shelf! 😀

Pfew end of the adventure and I was so relieved!!!