Today’s theme is: Memorable Things Characters Have Said (quotes from book characters that have stuck with you)

What will be hard this week will be to limit myself to ten quotes so…no promises here!

I tend to love either inspirational quotes, either funny quotes so I guess you’ll get a mis of both. Oh and I tried to make a mix of some from this year’s reads and oldies but goodies.

“And in the end, I knew I’d not take back a breath of it. Not the bliss I knew then, nor the pain I felt now. Not all the forsaken hours I’d spent without them, the ache of my lips without Astrid’s kiss, the emptiness of my arms without Patience’s embrace. In those few moments I had them, and if only then, I was immortal. Because they were immaculate. And they were mine.” Empire of the Vampire , Jay Kristoff

“They couldn’t do much against unbound revenants, granted, aside from tickle us a little—but I can’t emphasize enough how distracting it is to have someone tickling you in the middle of a battle. It completely spoils the mood.”
― Margaret Rogerson, Vespertine

“Normal is a terrible thing to aspire to,” Patrick had said. “Aim higher.”
― Steven Rowley, The Guncle 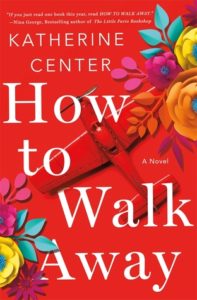 “Needing to find a reason to live had forced me to build a life worth living. I would never say the accident was a good thing. I would never claim that everything happens for a reason. Like all tragedies, it was senseless. But the one thing I knew for sure: The greater our capacity for sorrow becomes, the greater our capacity for joy.” How to Walk Away , Katherine Center

“Our parents live inside us, whether they stick around or not… They express themselves through us in the way we hold a pen or shrug our shoulders, in the way we raise our eyebrow. Our heritage lingers in our blood.”
― Taylor Jenkins Reid, Malibu Rising

“You cannot save people who do not want to be saved,” said Magnus. “You can only stand by their side and hope that when they wake and realize they need saving, you will be there to help them.”
― Cassandra Clare, Chain of Iron

“If we worry about the little things all the time, we run the risk of missing the bigger things.”-Under the Whispering Door by TJ Klune

“At some point, we’re all someone’s hero and another’s villain. It’s all a matter of perspective.”